We're delighted to have three new members joining the Lawrence County Historical Society Board of Directors.  All three were elected during the Annual meeting held in May at the Homestake Adams Research and Cultural Center in Deadwood.

Mary Gallup-Livingston is no stranger to folks who were on our Spring Tour to Whitewood.  She was a key player in helping to coordinate events for what was another of the many great tours our members have enjoyed over the year.  A descendant of grandparents (and a great grandfather) who homesteaded in South Dakota, Mary was born and raised in Rapid City.  With a BA degree from Black Hills State University and an MS from South Dakota State University, Mary says she's always had a passion for history -- particularly South Dakota history.  She's now researching the history of Whitewood and plans to compile that history into a small book that will be the start for a more comprehensive volume.  Mary has been a resident of Whitewood for the past eight years, but since she's long had three grandsons in the vicinity, she's been visiting here every month for more than 22 years. 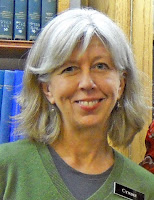 Cynthia Harlan is a native of western Washington state and graduated from Washington State University with a BSN, followed by a career of some 20 years in nursing -- mostly in New Mexico.  "We were fortunate enough to land in the Black Hills ten years ago," says Cynthia.  Her husband, Tim Olsen, is a native of Deadwood, and his ancestors have been in South Dakota for several generations.  He works as an RN at the Veteran's Hospital in Sturgis.  Cynthia says Lead is a remarkable community and it "feels like home."  Her new career choice also seems to be a perfect fit, she says about her role as Library Director at the Phoebe Apperson Hearst Library in Lead. "It seems I was born to be a librarian!" 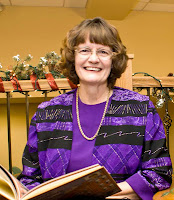 Dr. Joanna Jones of Spearfish has been a teacher for some 40 years, teaching in public schools in Texas, Arizona and South Dakota, as well as teaching at the university level in both South Dakota and Arizona.  In the last three years, she has focused on writing children's books that emphasize the history of the Black Hills.  She's also helped children to record and public histories of their schools.  Joanna tells us that she's now helping 6th Grade students at Whitewood Elementary School complete their school history book for the town's 125th Celebration, which is slated for June 28-30.

Congratulations to all three of our new board members!